The recent devastation in Nepal was far reaching, many mountainous villages and regions beyond the large city Kathmandu severely impacted.

One useful aspect of specific latitude is that it can help us connect with the small places that are part of this larger immense devastation.

I read on CNN an article on a 101-year old man pulled from the rubble one week after the earthquake in Nuwakot, which is Northwest of Kathmandu.

I looked up Nuwakot on LatLong.net. The Latitude is: 28.08N.

Funchu Tamang is the name of the amazing survivor in Nuwakot.

Now the specific one minute of latitude 28.08 N does go from Nuwakot directly west right to Tarpon Springs, Florida, a smaller city of 24,000 just north of Tampa, and along the Gulf of Mexico. According to Wikipedia, Tarpon Springs has the highest percentage of Greek Americans of any city in America. The motto is fun-loving: “where culture and fun collide.”

Acknowledging the cultural connection with Greece, from Wikipedia:

“In 2007 and 2008, the City of Tarpon Springs established Sister City relationships with Kalymnos, Halki, Symi, and Cyprus, honoring the close historical link with these Greek-speaking islands.”

The Greek connection of Tarpon Springs has much to do with diving nearby and the recruitment of greek divers as the activity gained popularity some decades ago.

What I find interesting here is that the City of Tarpon Springs has kind of a fun, world culture outlook, the perfect kind of place to connect to the Latitude Movement. There’s a big part of this movement that is about fun, about cultural exploration and connection. And that Tarpon Springs developed sister city relationships recently suggests an interest in connection.

My thought is not that sister cities should be on the same latitude, but rather, that cities and places sharing a specific latitude already have much in common (the same latitude is actually a unique bridge that isn’t easy to move!), and that latitudinal relationships can be further grounds for partnerships, support, appreciation, etc.

So we come back to Funchu Tamang, a resilient 101 yr old man pulled from the rubble of the Nepal earthquake, in a remote area well outside of Kathmandu, the Nuwakot valley.

I could imagine, in a time when specific latitude became a well recognized aspect of every place, that a city like Tarpon Springs might quickly recognize that the earthquake in Nepal affected areas on its Latitude, a place like Nuwakot. And Funchu Tamang was an elder of the latitude 28.08N. I could see a new kind of rallying, east and west, of latitudinal sister cities and towns rallying to help each other, the small places. A city that values its culture- Tarpon Springs- internalizing and empathizing with the destruction of rich cultural small places on the other side of the world. 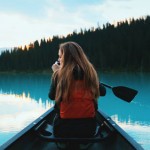 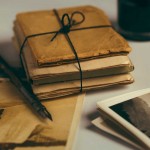