A recent Washington Post article provided a very helpful assessment of languages around the world, all 7200 or so of them (the article says at least 7106 so let’s assume there are a few entirely unaccounted for). I immediately saw a creative correlation with latitude- that there are probably about 7200 minutes of latitude on which the overwhelming majority of people live (7200 out of a possible 10,800 minutes, as there are 90 parallels in the Northern hemisphere and 90 in the southern hemisphere, therefore 180 total parallels with 60 minutes dividing each parallel), if we acknowledge that not too many people live in the northernmost or southernmost parts of the earth.

And then we can think about each minute of latitude, the specific focus of the latitude movement as having its own language of sorts, its own distinct story and assemblage of people and places, its own identity within the wider world of latitudes.

In any case, I see 7200 as a great number for the purposes of the Latitude Movement. Perhaps a goal becomes the creation of 3,600 latitude guilds or rings or circles or whatever we call the community and linkages formed within one minute of latitude around the world- in the Northern hemisphere- and 3,600 latitude guilds in the southern hemisphere. IF we start with the a simpler goal of 18 by the end of 2015, 36 by the end of 2016, and a doubling each year, we would be at 7,200 in 12.5 years or so, but my intuition says we could achieve this much sooner, with the help of a little technology and natural momentum of a decent idea. 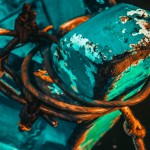