A good idea has a life cycle. First, the lightbulb, the flash of something great, the possibility all there in a eureka moment.

Everyone in the world, and every place in the world, shares the same light that day with every other person and place on the same latitude line. This connection can become the platform for real connection, along specific latitude, East and West around the world.

Then, trying to ground the lightbulb, define it, talk about it, and figure out what to do with it. This is when a lightbulb moment becomes more of a lightning storm, multiplying into an even bigger universe of possibility, but also becoming a bit scarier.

Communities could form around specific latitude. People could take journeys, connect, explore, and discover. Artists, farmers, teachers, students, all connecting along a latitude line. Conferences, exchanges, festivals. Sustainability initiatives could focus on latitude. Wow this thing could change the world!

Then, the lightning storm subsides, and a bit of fatigue sets in. What do I do with this thing?

Keep working on it. Writing, talking, researching, hoping that it takes shape.

And it kind of does. The idea develops a few specific applications. For instance, perhaps I focus this idea on a few specific projects, and see where those go.

But what’s the goal- am I starting an organization, how much time do I spend on this, where does it all go from here?

And about a year later, it’s still a great idea, with immense possibility, but no real progress.

This is the phenomena of good to great ideas drifting in a sea of opportunity, but not rooting and taking hold.

So this the kind of internal conversation I have with a good/great idea. I try to give it shape, I imagine how to move forward on the idea, but a really good idea does not lend itself to immediate shape.

Until I step back and just look at the natural logic of the idea. The whole idea is to connect Local and Global in a simple and specific way- a specific minute of latitude- a line about a mile wide, around the world. That’s it- the line, focus on it. Explore it.

From that idea I came up with a thousand lines, and I need to come back to the original One Line. Same Line, Same Light.

I am in too big of a hurry to rush goes the old farmer’s saying. I want to rush to package an idea into something I can bring to the world. But the idea is really simple. That people and places along the same latitude line have something profoundly in common- the same relationship with the sun on a daily basis, and that this is a point of connection, and a pathway for people to connect with others around the world. And as I write, I still recognize how it is hard to write about, but people seem to get the simple basic idea, and think it is a good one.

So what to do with it is explore that simple idea, in the simplest way possible. A line. And to go for it. 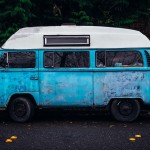 Your Morning Commute Around the WorldUncategorized 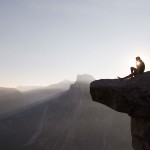