The Latitude Movement is a project centered on actual movement, directly East and West, and the practical connections and conversations that can bridge local communities around the world via focus on the food & culture of a shared latitude line. Every community along a same latitude line shares something very much in common every day- the same relationship with light.

In 2015, I will focus on the Latitude 43.15 N, the Latitude of Dorset, Vermont, Ogunquit, Maine, Bilbao, Spain and Sapporo, Japan among many, many other amazing places. Very briefly, this latitude features brilliant long summer days and very short winter ones, and therefore a kind of intensity to the seasons which shape not just agriculture, but culture, and an almost magical connection integrating the communities of 43.15 across the globe.

And being that this is the shortest, darkest day of the year, it is of course the perfect time to start a movement based on Same Light. From here, the sun will rise, the days will get longer, and the connections will become stronger too, at least that’s my hope.

The inspiration for this project came in the summer of 2014, as I had been hired as Farmer to grow food for an emerging arts project on a fascinating historic estate with marble quarries and a stunning marble house and adjacent marble formal garden. The project was exciting, and the space almost a world unto itself. How did the Marble House come to be what it is today? A fascinating, worldly man by the name of Edwin Lefevre had purchased the property in the early 1900’s shortly before becoming ambassador to Spain, France & Italy under the Taft administration. Immediately upon return he commissioned the formal garden, apparently inspired by his European travels, right at the cusp of WWI.

Looking at a map one day, and trying to make sense of the story of the formal marble garden in its hundredth year, it occurred to me- in a clear moment I will never forget- that Vermont, Spain, France and Italy all share the same latitude. Lefevre was a latitude ambassador! I got up from the dinner table and took a closer look at the world map on the wall, as it’s kind of hard to see where Vermont is tucked up in the Northeast on a world map. My finger carefully traced along from southern Vermont, where Dorset is located, across the Atlantic, to Northern Spain, and sure enough to Southern France, and into Central Italy. I felt like I had discovered something truly important, but I hadn’t quite put together all the dots.

Over the next week, I recorded myself brainstorming on the fly. Whether or not Lefevre was thinking about latitude in his time, the idea of latitude as a way to connect with the world became compelling for me. Lefevre started me down a path, and my brainstorm took it from there.

Along the same latitude, farmers around the world will have a lot in common, work with the exact same daylight, and share similar seasons, even though some parts of the world will be much warmer than others based on elevation, ocean currents, etc.

But what about artists, musicians, artisans, chefs, students, athletes, citizens and folks from all walks of life? Does same light have meaning for them and are the connections there to discover? And what do we do with this connection? How do we make it meaningful?

Having spent a summer surrounded by artists I began thinking about latitude food, culture, arts, music, and the full scope of what humans create each and every day under the same sun.

The Latitude Movement is not intended to be everything. It’s an idea- a creative spark- that gets people to think about the relationship between their home community and the rest of the world in new ways. Real connection, based on light, and a movement to build on that connection through real conversation along same latitude around the world.

This is a specific, niche project. A niche stand at the vibrant farmers market of ideas if you will.

Today we can work with Latitude in new ways with access to technology. And we can get more specific with our latitudinal focus. For instance, we can follow an east-west line a mile wide around the world, and connect with communities along the way.

It’s a connection we can reveal, then embrace, and a platform we can build something new on, especially now.

Raise your hand if you feel a little burnt out. Many of us who have worked on local/regional efforts to build local food systems, reinvigorate local community/culture, and the idea of local in a global age, we tend to be people who also share global concern. We want other localities to also have their local-ness. We want to visit places that have their particular traditions and flavors and energy for us to experience. We have taken the adage ‘think globally act locally’ to heart, and now we could use a little something new. But how on earth do we begin to bridge local and global in ways that maintain the integrity of local.

Indeed, we have too much information, too much access, and as we scale up toward global awareness, we end up with a sort of BBC World News where we go from one disaster to the next, and lose a clear sense of ourselves and each other in the process. Efforts to build up local movements into regional and then national and then global movements, these are good efforts. But as those concentric rings get larger and larger, they lose something along the way. If only there was a way to integrate global and local efforts in ways that don’t minimize global or diffuse the local grassroots feel of our efforts in our home communities.

Enter Latitude stage right. Look, Latitude isn’t the only way to connect with others around the world. But my sense is that this could be a helpful tool for folks like me whose eyes glaze over when we begin to contemplate issues on a global scale!

But imagine spending some time connecting with local folks around the world who share your exact same latitude. There will be commonalities based on rhythms of the seasons, and the impact of sunlight on culture, so it’s not like we are starting from scratch. Suddenly the world becomes smaller, but it’s still the world. And the connection is there. Hey we are all on 43.15! Or another latitude of your choice. Let’s have a conversation, and share ideas, and connect and do creative exchanges and enjoy meals together. Since this is a movement based on light, of course this blog must kick off on the winter solstice. Between this solstice and the next, I am following a line. Hopefully that line will bring a new conversation to the table, or, at the very least, my table and the table of a few others. 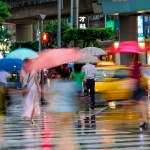