The past few weeks have been an important step forward for this project. I met with the President of Sister Cities in Grand Rapids, MI, and also the Town Manager of Manchester Vermont. I visited Muskegon Michigan and met some folks who are interested in a Latitude gathering of some kind there this summer.

Mostly, I am interested in the sister city movement which really got started after the second world war, because it has endured, even if its scope is somewhat limited, and some of the partnerships have become a little stale. The question is whether the infrastructure of the Sister City movement- committees and organizations invested in the idea of simple cultural exchange and related projects as the fabric of international good will and prosperity- can be helpful in building bridges between small towns and large, between places that are not ‘twins’ per se as the sister city model is built on (‘like unto like’).

The common platform of the Latitude Movement is not ‘like unto like’. A simple east-west latitude line goes through all kinds of places, and so the common platform becomes shared latitude itself, irrespective of other qualities that shape communities (size, commerce, political alignments, heritage connection). This is critical today because we can see an emerging need for bridge building not just between international urban centers, but between rural and urban, between small town and large, and not just internationally, but intra-nationally.

The Latitude Movement is about following an east-west line, and building connections along that line, sister city type relationships manifested in smaller more intimate, individual experiences. Participants begin to feel like latitude locals, at home with the other places east and west of each other, and begin to participate in what we might think of as wiki-diplomacy, or airbnb diplomacy, and recognize the power of small-scale relationships brought to a global stage. The idea of bridging local folks globally along latitude line is that the specificity of latitude keeps the world smaller, and achieves a kind of local international terrain for goodwill ambassadorships and cultural change that honors the nuance of small places, and intimate conversations.

The logic of latitude as a pathway for citizen diplomacy in the 21st Century is simple. Latitude has a profound impact on agriculture, culture, and daily rhythms, and everyone along a latitude line shares the exact same day-length each and every day. Instead of a binary sister-relationship, communities would be participating in an international fellowship linking not just two, but hundreds of communities with one another. Latitude is a logical way to achieve this kind of global linkage because it makes decision-making far simpler. The decision is whether to participate or not. Either communities welcome their east-west neighbors for good will, good conversation, and mutual prosperity, or they don’t. There is no selection process per se of finding the right match, and there also isn’t a dependence on official endorsement. This is critical for a small town, without the resources or time and energy to invest in a sister-city partnership, but perhaps individuals in a community have an interest in branching out and reaching out. And when we branch out and reach out as individuals, we extend our arms to our sides. East and West. It makes sense.

The Latitude Movement is less formal, of necessity. Each latitude is a universe unto itself. Participating in the Latitude Movement starts with the idea of being open to conversation with people who share different perspectives. Communities and individuals pursue connections and exchange along latitude lines as they wish. The concept of citizen diplomacy, and unofficial ambassadorship becomes even more so along latitude line. Take a compass, and go for it. Listen, learn, and be diplomatic. Build bridges. Invite people over and share meals together. Keep it simple.

I see latitude as a pathway, not The pathway. It is a line of inquiry and imagination. Eventually, latitudes could have sister latitudes. It isn’t hard to see how latitude connection could become a practical framework for local citizens achieving international bridge building on a global scale in ways that continue to elude nations. 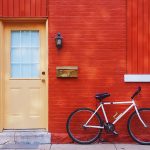