I zoomed North to Muskegon. Everything felt on the line. This latitude idea. I needed to find something in Muskegon that would say- this is a good idea- that I’m not crazy. I was looking for connection, between Muskegon Michigan and Manchester Vermont. Both share the specific minute of latitude 43.10N and are about 750 miles directly East and West of one another.

Backing up a little bit, it was now a solid two years since the start of this Latitude project. And aside from thinking a shit load about it, I hadn’t done much exploring. I cobbled together a website that would communicate the inspiration and excitement of the idea, and even began scoping out the exact latitude of Manchester Vermont around the world- the minute of 43.10 North, a very narrow mile wide latitudinal slice of the planet East and West. I travel for work, but it isn’t so often that my travel takes me to another place along the latitude line. Summer of 2016 changed that- I was flying into Western Michigan, and new I was going to be close. I scrolled through old blog notes and found the place I was going to explore- Muskegon. By the lake on the coast of Michigan.

So this was it. I needed to find something there that would say- Pablo, keep going.

And finding something, something funny and amazing that connected Muskegon directly with Manchester did not take long. In fact, it took only five minutes. A statue right by the road. Muskegon, the birth place of snowboarding.

The connections between Muskegon and Manchester are there. Let’s cut right to them.

1) The Snurf Board- Snowboarding/Snurfing. Sure, why not. When I got to Muskegon, I had a vague sense of having heard of Muskegon in the not too distant past, but I couldn’t remember why or where. When we talk about places like Muskegon (pronounced Muskeegan), they are the kinds of places that do not occupy the front page of our brains very often unless we live there- same with Manchester Vermont. The mind usually requires a little warm up and then we remember. Walking downtown, I come across a statue.

And then it hits- Snurfing! Ah yes, the home of the Snurfboard. A small commemorative statue downtown honors Muskegon as the birthplace of the sport of snowboarding. A few months earlier, I had organized a trivia night at Stratton Mountain ski resort, and the birthplace of snowboarding was one of my questions- answer Muskegon Michigan. Here’s where the connection happens. The snurfer board is now produced right in my hometown Manchester Vermont. A powerful direct and specific connection between two places 750 miles east and west of one another. The snowboarding story intertwines Manchester and Muskegon in other ways. Jake Burton’s first snow board shop was in Manchester. If the predecessor to the modern snowboard was created in Muskegon- the Snurfer- the modern version was developed in Manchester. And now the Snurfer is made in Manchester. All on the exact same latitude line.

2) Lumber- a common thread along the latitude line. Muskegon’s origins were in Lumber, and so too in Manchester. Today, Manchester is located smack dab in the middle of the Green Mountain National Forest.

3) Marble- the Muskegon Museum of Art has a beautiful Marble hall with Marble from Vermont- most likely directly from quarries near Manchester. The marble undoubtedly passed through Manchester en route to the West.

4) Art- it’s hard to walk through Muskegon without sensing a strong commitment to the arts. Art and the vibrancy of art is everywhere. Manchester, for a town of 5,000 people also has that feel. The Southern Vermont Arts center, outdoor sculptures, and a bustling lineup of speakers and events at the independent Northshire bookstore as well as the Dorset Theater nearby to the North.

5) Libraries- the Hackley Library in Muskegon is notable for its history and character, getting lost in the racks is a fun afternoon activity. Manchester also has a vibrant library, with an entirely new modern look, featuring Marble of course.

6) Fishing- Muskegon by lake Michigan, and Manchester, home of the Orvis fagship fly fishing store and The Museum of American Fly Fishing.

7) Roundabouts. The key to making a downtown thrive for pedestrians. Muskegon and Manchester love their roundabouts.

Muskegon is a city and Manchester is a town. Muskegon is by the lake, and Manchester in the mountains. There are a range of differences, and yet, when we look for common ground, it isn’t hard to find. It is everywhere. I looked for connection and found it along the latitude line. 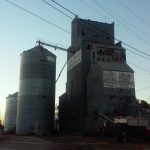 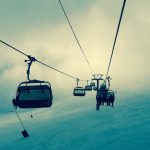