Latitude means a few things. We know that ‘Latitude’ is a geographical term, but it is also a term used to signify ‘freedom’ and ‘range’.

Latitudinarian– adj. liberal in one’s views; permitting free thought, especially in religious matters. N. one who is very liberal in his views and, in religion, cares little about particular creeds and forms- latitudinarianism, n.

And scrolling around, I couldn’t help but notice Latish– somewhat late- something that would accurately describe my family existence!

And what about Line, as so much of the Latitude Movement considers the line of latitude around the world.

Line: 12. A connected series of persons or things following each other in time or place.

And of course Light:

Light: n. 1a) that which makes it possible to see. 5. The light from the sun; daylight or dawn. 7) the means by which light is let in: window 8a) knowledge; enlightenment. B)spiritual enlightenment or inspiration. ‘See the light of day’ 1. To come into existence. 2) to come to public view. 3) to understand.

That Latitude equates ‘freedom from narrow restrictions’ suggests that a core aspect of the Latitude Movement is indeed the process of branching out, of being open minded, and gaining new perspectives. Even the way that participants in the movement engage in the process of Latitudinal exploration must be unrestrictive; some will embrace the focus on a precise minute of latitude around the world, and others may approach the concept as a broader exploration, in which latitude is not interpreted narrowly. 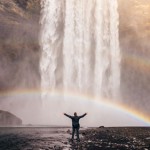