Over the last year plus, I have written and brainstormed on the Latitude Movement, in a kind of free flowing journal, some in blog form, some on paper. Lots and lots and lots of ideas to unpack and sift through. I have described the Latitude Movement to my friends and call it ‘my latitude project’- the big knapsack of ideas I lug around with me. And I don’t always bring it up with people, because truth is, I have trouble talking about it in the era of bite-sized pitches, where everything is about concise, to the point, and I’ve got the next big thing, here’s the problem I’m solving, and boom boom baziiing here’s my new app: Badoop!. Yeah, no. Not this. I start talking, and it doesn’t always come out as a clean packaged concept, because the concept is really so much still in formation. And perhaps it needs to stay that way for a while longer.

In my view, trying to turn a big idea into a packaged social/entrepreneurial product (even an organization) too soon can be a big mistake. How many ideas half-baked are rushed into some kind of shape or box for the purpose of meeting the impatience of now? The fear that somehow we are going to lose out in a competitive marketplace, even for change? And that rush to package something forces us to choose defining characteristics too early in the creative process. Some ideas simply need time. And that’s why the Latitude Movement is going for compelling and vague, because at this point, that’s what it is- compelling and vague- and I want to be honest about that. This is a journal of a creative process.

The rush to hone ideas into the practical and specific, a pressure and trend of our times, is a reflection of how we view the role of creativity in our working lives- something like “ok, no more than 45 minutes of creativity a day, and at the end we need a power point that shows how our creative brainstorm will improve the bottom line, best practices, and other take-aways.” In response, the Latitude Movement asks:

We live in a time with lots of tools, but what are we doing with them? And why are we in such a utilitarian rush to turn every idea into something useful and specific?

The beauty of the Latitude Movement is that what’s specific about it is its starting point of specific latitude for global connection and conversation, and that’s about it. Beyond the line of latitude, it really is open to just about anything, even complete departure from latitude line if that’s where the creative journey takes you. And there are basic tools to help with that exploration, but the Latitude Movement itself is not a tool. It’s a kind of creative pathway. Tools help you on pathways, but pathways are pathways, does everything have to be a tool??? Don’t we have enough tools? Can’t we just utilize existing tools that do certain things very well already???

And the way we are getting started- with Creative Latitude Projects- is still wide open to possibility and can go in any manner of directions. CLP’s are a focused dabbling that will keep the brainstorm going for a while and take it to the next level by feeding the idea cloud with some actual stuff that happens beyond this blog, and most importantly, in partnership with other people.

A huge benefit of allowing some time for ideas to marinate is simply seeing what sticks over time, like strands of pasta thrown to the ceiling. Some eventually fall away, and some stick. Time is actually quite efficient at this filtration, and our era of impatient efficiency seems to overlook the value of time as a filter. Also, conversations and feedback from friends have been very helpful over the course of the past many months. These conversations have helped me understand a)The Latitude Movement is still in heavy brainstorm mode, a.k.a all over the place and b)that the best path forward is to get started with Some Actual Projects Involving Other People- SAPIOPs, or more simply, CLP’s- Creative Latitude Projects.

This blog has definitely been 100% more a journal of creative process than a communication/outreach tool, because actually to date I think only one person has seen it (Rita Danis- designer). I have also found the blog-as-journal helpful in slowly transitioning the Latitude Movement from a brainstorm into a thing. Currently it is becoming a brainstorm/thing. And it may stay that way for a while, or perhaps just stay that way for good who knows. I have no stake in a certain end result of this creative process.

To sum it up, the Latitude Movement believes in the power and importance of creativity, and encourages latitude based creative explorations as a way to advance creative spaces for respectful conversations filled with trust and the freedom to roam. That’s a mouthful. Enter Creative Latitude Projects stage right. 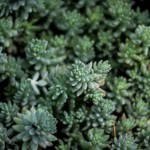