If an idea seems like a great idea, sticks around in your mind as a great idea, and a few trusted others think it is a great idea (or at least find it interesting/ don’t think you’re completely crazy)- then go for it. You HAVE to work on it and not let it drift into outer space.

I am driven to launch this idea, in whatever form, on September 1. September 1, because, it’s not tomorrow, but it’s also not far away. I have a solid month plus here to flesh this thing out and go for it.

The BIG question is what does ‘go for it’ mean. I am not sure how to package the Latitude Movement beyond a cool idea, and even if it needs to be packaged at all. And certainly not yet.

My resistance to package (as in hone the idea into a tidy box which I can show to others) is that I may be confining the idea before it arrives to an organic place that is much more exciting than a rushed product for some kind of market in order to somehow gain financially from this- my perceived great idea.

The only driver for a rush to package the thing is the need for livelihood. But by participating in the gig economy through other freelance work, and by keeping costs low, and if I can keep goals within doable, inexpensive site, I believe I can greatly reduce any economic pressure driving fast answers and conclusions. The idea is expansive, why confine it. Who knows for sure where it gains traction, and with whom, why try and define that now? There are entire genres of possibility I haven’t considered yet. I believe this is a project that can attract REAL partners- people and organizations and the people in those organizations with the skills to see what I don’t see, and to do the things I would love to see done without me spending tireless years trying to do them myself. In many ways I am a beginner to much of what the Latitude Movement involves- Geography, Online Tools, Travel, Design, Outreach and all kinds of Other Complexity. I have experience at the local level, working for years on the ‘local food movement,’ and seeing ways that local movements can gain traction and also encounter limits. I have the experience of being an adult, and working professional in small businesses, non-profits, and even more recently a brief and profound stint as a concierge. I have dabbled in creative pursuits and LOVE them. I have met a wide range of people with different backgrounds and interests, and believe I am good at building bridges and finding common ground with most anyone. Living in Northern Virginia was extremely helpful in this regard.

So perhaps what happens September 1 is that I get the idea out there officially and stand behind it. It may not be fully formed, it may be a ‘year of exploration and research’ kicked off, but what will change September 1 is the line ‘yeah I have this big idea that’s been clunking around in my head and I’m not sure how to work on it.’ On September 1, I will present the idea to my friends, family, and yes the WORLD! (as in www.) and simply make it official that this is a Thing that actually exists. On September 1: “So there’s this project I have been working on, a lot. Mostly thought. Now it’s happening, and here’s how. Here’s what ‘it’s happening’ means. Join me.”

I don’t think this is an idea that needs to be kept secret until launch, obviously, as I publish my notes publicly, because my general hunch has been to share and keep the spirit of the Latitude Movement very open. There is possibility without agenda.  And if there is agenda, it is an agenda of what I’m exploring, and what I’m looking at. My latitude. You are welcome to do the same. If you have ideas, share them, if you learn some things, share that and bring that back to your community. There’s no imposition.

I see the possibilities in terms of sustainability, local and regional movements, exchanges, culture, art, a beautiful awakening of latitude community and consciousness, but I can also just as easily see a simple idea that gets a few folks to look at a map for a little while. It could be of large-scale impact, or it could be a smaller, interesting exploration for a few folks out there, a creative prompt that reveals the world in new ways. Who knows.

What I find compelling is a movement that focuses less on ownership and more on experience- the experience of exploring, looking, listening, learning, sharing, and seeing the world through a line- the line of latitude. Making the world smaller, and honoring the little places, and the little parts of big places (like parts of a large city), and a kind of large scale imagining that takes advantage of technology without trying to do too much with it.

I now have the ability to travel a little more (through my freelance work), so one possibility is to fully concentrate on one specific latitude- one minute of latitude around the world. Another possibility is that I work on a few different latitudes as I can, and try to interest others in exploring their latitude.

Part of the hold up is that we don’t have our specific latitude home. We are subletting for the summer, than exploring next steps- where to reside longer term. So it’s a bit hard for me to settle on a specific latitude at this moment. Perhaps it doesn’t matter, and maybe I should just go with Dorset’s, whether or not I live there currently. If that’s where the inspiration occurred, maybe just go with it? 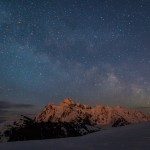 The kind of visuals I am looking forUncategorized 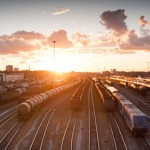