Sticking with farmers as the foundation of the Latitude Movement, I see a strategy of working with small sustainable ag non-profits to build global awareness into the work of local sustainable agriculture, in simple ways that add to the sense of how what we do here connects to efforts around the world, and can be inspired by a real connection with other places.

The line of specific latitude allows us to focus on the world because that line makes the world smaller. It is a real platform for global connection, in that everyone along the same latitude shares the same light each day- the same length of day, and this is a powerful connection east-west that can begin important conversations and elevate our perspective on our work and place on earth.

The traditional model for global initiatives is still oriented around larger and larger regions, going from local towns to provinces to states to nations to continents and alliances of nations to world. This creates a kind of bureaucracy to global initiative that can impede the simple interest of folks on the ground connecting with folks on the other side of the world. It’s not that one should replace the other. We still need governing bodies and the hard painstaking work of international organizations still focused on the top-down. But latitude is side to side, and this is a way to create immediate spark that can lead to meaningful ideas and conversation.

consider CSA- Community Supported Agriculture, an idea which seemed to emerge out of Japan and Europe at the same time, and come to the United States. We can see CSA as sort of an East-West conversation and idea that developed at the grassroots level, with a few small scale projects taking shape and inspired by other efforts in the world.

The latitude movement seeks to build global connection and conversation among small farmers at the grassroots level. By connecting them directly along the latitude they already share.

Latitude is not arbitrary. It is specific and global.

The problem we currently have in the world is that we can see the potential power of local movements to improve food quality, community resiliency and sustainability, but it is difficult to bridge these local movements together in ways that don’t feel watered down, bureaucratic, or top-heavy.

National and international alliances and associations are necessary, but they tend to lose grassroots spark as an inevitable outgrowth of creating a large organization- it simply becomes harder to maintain the responsiveness and adaptability of the smaller scale, more focused efforts- the big ship versus the small boat. Big Ships are often times more stable, but they are also sluggish. We need Big Ships, and we need small boats.

This movement is about the well-designed small boat that cruises the world. It’s about retaining that kind of adaptive resilience by focusing on something simple- specific latitude.

This is not an organization per se, but rather an idea. Here’s the idea, here are the tools, now go forth!

Specific latitude (a particular minute of latitude around the world) is a natural connector east and west for all the people and places sharing that minute of latitude, as they share the same day length each and every day. Concentrating on specific latitude makes the world MUCH smaller. Suddenly an east-west line around the world connects small places, fields, farms, mountains, deserts, parts of larger cities, patches of suburbs, intersections, places no one lives at all- with one another. Local and global come together. This is not everything, specific latitude is specific- that’s the point. And as you get further north or further south, you will have effectively a shorter global journey. But what this is is an idea for how we can begin to address the world with our local efforts. Imagine each latitude coming together as a kind of new community that connects locals with one another- latitude locals.

There are 10,800 specific minutes of latitude on planet earth. Imagine if 10,800 latitude communities each addressed their slice of the world’s challenges, coordinating local efforts in ways difficult for nations and international organizations spread thin and tied up in the reality of politics. All it would take is the equivalent of a small city of leaders to advance a new movement that contributes to positive global efforts, at once local and global. The Latitude Movement.

The Latitude Movement is not everything. It is an open idea of how to focus and organize and inspire efforts around the world to create a better world.

Exploration: Folks explore their latitude, on-line, in person, or however, and they do so in a safe and sustainable way so that they can participate in meaningful work for the long-term

Connection: Via exploration, people connect with others, new people and new places.

Conversation: this is really what defines the Latitude Movement- conversation. A good conversation is about sharing, listening, and growing. It is not about imposing. What keeps the Latitude Movement going is that it is not advancing something specific other than- hey get into your latitude and keep the conversation open and respectful. There is no list of things we are advancing. The belief is that good connections and conversations will lead where they lead. Through Exploration, Connection and Conversation, you gain elevation, for yourself, and your latitude- you build a clearer sense of the world, you understand local folks around the world better, and your conversation has broadened, like your horizons.

The idea of elevation is that elevation is important for the future. We need broader horizons for the longterm sustainable future of the world!

The inspiration for the Latitude Movement is CRAFT- the non-organized, no budget idea that has brought farmer communities around the US together to teach one another by sharing best practices, ideas, and food. The simplicity of CRAFT made me think- how could we create a kind of global craft bringing energy to global-local efforts without the intensive burdensome costs of an orchestrating organization?

I think the Latitude Movement is one iteration of a simple idea that could take off as a global effort.

It’s simple, in that it utilizes existing technology.

It’s open, in that no owns it, just as no one owns latitude, just as no one owns planet earth. This openness is what makes it sustainable. There is no war over agenda and the implication of policy/rule changes. There’s a simple idea- look at your latitude, connect with people and places on that latitude, converse with them, and elevate your perspective. Get some inspiration, awareness, bring some ideas back to your place, share, that’s it.

Twitter/Instagram or any on-line sharing community makes it easy to share and build awareness of latitude with the simple use of a latitude specific hashtag: #4315N for instance, if used along the minute of latitude of 4315′ N would be an easy way to gain a sense for what’s happening.

Folks can create Latitude summits bringing a specific latitude together, whether within a certain region or internationally.

The idea is open ended.

The question becomes how this movement can maintain this kind of openness and respectful connection and conversation without wanting to steer it toward a specific agenda- for instance a particular political stance or ideology of some kind. This is why I think sustainable small scale agriculture is kind of an important anchor for this movement. Just like CSA- we see an open model with some tenets that gets going, and as CSA expands to other realms- art/music, there is a sort of democratic or shared understanding of the model that keeps it going without burdensome rules and regs. A principle based sort of approach.

Perhaps the Latitude Movement should really advance something- maybe it would be more simple that way.

If the premise is that it is linking folks who are working on food projects and interested in sustainability and contributing to vibrant ecology. 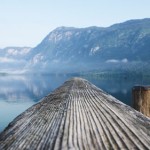 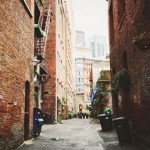