The book The Great Good Place by Ray Oldenburg highlights the importance of ‘third place’ spaces in communities as critical to social health. Not my home, not yours, but the third place we meet and gather to have good conversation.

From Wikipedia’s entry on “The Great Good Place”:

Other than the numerous personal benefits third places offer their regulars, Oldenburg advocates for the immense social value they bring and points out their historical role, amongst others:

The largest causes underlined in the passing of third places are urban planning practices and suburban development. If the deterioration of American community are to be addressed, the third place may be a solution in reframing the way interpersonal interaction is approached on an individual level.”

For a community such as Manchester VT, third places include the Northshire Bookstore, right in town center, where local folks congregate frequently for conversation.

Third place is something I see at the heart of the Latitude Movement- that these spaces are key platforms for people-to-people diplomacy and cultural exchanges. For many communities, there’s no better space to gain a sense for the rhythm and pulse of a community than it’s third places- cafe’s and taverns, places where locals gather.

In the Latitude Movement, there is also an additional aspect of ‘third place’. If we have latitude circles featuring hundreds of communities across continents and countries banding together as sisters along a latitude line, we also have the possibility of certain communities serving as ‘third places’ for others. For instance, perhaps citizens from Muskegon Michigan and Greenville Michigan meet each other in Manchester Vermont, or citizens from Ogunquit Maine and Manchester Vermont meet in Rochester, NY. And maybe some communities themselves represent a great ‘third space’ for people around the world to congregate. I know Manchester, VT is such a community, already setup to vacationers during the three high seasons of the year- summer (escape from the heat of the city, hiking and kayaking), fall (foliage, beauty of the leaves turning color), and winter (ski season).

The idea here is that each community in a latitudinal circle of communities can be a third space for other communities. And by doing so, exchanges are no longer binary. A visitor from community A to community C may meet and connect with someone from Community B while in Community C.

Why is this important, and even critical? Because sometimes Community A and Community B are in conflict with one another, and there are barriers to direct exchange and connection. A third place, a more neutral community, can alleviate tensions and allow for indirect bridge building, the small steps that eventually erode barriers between Communities A & B. 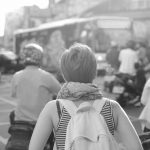 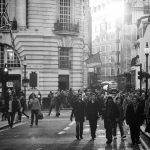 Latitude Towns for the 21st CenturyUncategorized