I am sooooo glad I happened upon this article in today’s NYT. The exact subject is not so important as the overall message, and where we are moving.

From the article, a powerful umbrella statement:

“A chief tenet of the Internet age is belief in the natural proliferation of democracy and decentralization, in the ability of distributed networks of everyday people to achieve what once required top-down hierarchies and a great concentration of power. ”

This really speaks to a central aspect of The Latitude Movement. The wiki quality of banding together ‘everyday people’ by latitude to build bridges across cultures and geography to make cool stuff happen. Maybe even monumental tasks.

The article was about a failed initiative on Kickstarter, but looking at how new models that subvert old ways encounter their own turbulent waters. No path is easy.

With the Latitude Movement, an overriding theme for me is how to build it and keep it simple. A kickstarter campaign would not really work for it, as it isn’t quite anything except for an idea that people should look at their precise latitude as a ring around the world, and a world unto itself. Explore, Connect, Conversate and Elevate one’s perspective and action in the world.

So what’s the simplest way to make this happen. Do we need to raise funding to do this? And if so, why? Are there more simple ways to advance the idea?

For instance, what if the tool of Twitter was utilized as the basis for Latitude communication, rather than some website or server dedicated to being a central hub, or a Latitude version of Good Reads.

Twitter’s potential in my view is often misunderstood by many who can’t get past the perception that twitter is all about self-promotion.

Twitter could easily be tweaked into a stream of Latitude updates. Local news and ideas and photos and videos shared with #lat4311, or #lat4311n if we wanted to share something happening on 43.11 N. Maybe North or South could dissipate and be merged into a shared latitude hashtag. So #lat4311 would cover both happenings on 43.11 N and 43.11 south. If people wanted to simply reference a latitude parallel they could do #lat43 for instance. The way people referenced latitude could be self-orchestrated and organizing along what people wanted. Those who wanted to get to the minute of latitude could do so.

A Kickstarter campaign would not be needed to advance the idea of adding lat hashtags to news and updates. Interested people would just ‘take to twitter.’ simple enough. 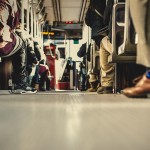 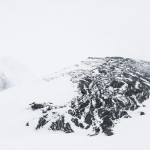